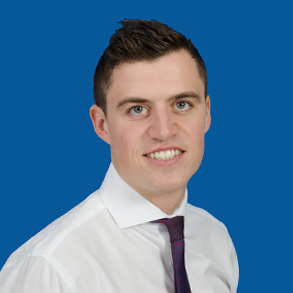 Rob initially joined our contract Financial Services Accounting desk in Sydney after a year of globe-trotting, moving after 2 years into the world of data science, analytics and business intelligence.

Before moving to Sydney, Rob worked for AIB, one of the two major banks in Ireland,  where he completed a graduate accounting program while also doing his Chartered Institute of Management Accounting exams.

Rob is highly regarded by his T+O+M colleagues for his positive mindset and the human touch he brings to his interactions with clients and candidates, whom he treats in the same manner as he does his friends.

Rob is passionate about sport, in particular Rugby (union), hockey and skiing.

If Rob could spend a year learning a new skill, he would: Spend a year back-country skiing - after spending a ski season in Whistler, he realised he has a whole lot more to learn! He would spend it in France and try to learn French at the same time.

Head of Business Intelligence or BI

My experience with TOM stood out from other recruiters from start to finish, it felt more personalised and there was clearly a lot of knowledge around the type of role I was looking to secure. I was given regular updates throughout the recruitment process, even when this was just to explain there was no further progress, which is very useful when involved in several processes at the same time. Keep up the good work.

Driving the C-suite agenda, welcome to the exciting role of the CF2.O…

Data and Finance: The Opportunity

How I took the leap: from being an Accountant to recruiting Accountants...

The latest roles in the Data contract space